For those of ya'll coveting a vacuum oven on a limited budget, here is how we upgraded a used NAPCO 5851 vacuum drying oven to do our bidding, without breaking the bank.  The price was right at $550, and it held a good seal, but as received it wouldn't hold within minus -7F / plus +60F of set point.

Easily remedied, or so I thought by replacing the capillary tube thermostat with a Panasonic AC100 self teaching temperature controller and a Type K thermocouple, but while it reduced the swing, the oven dead band was still too large, due to the overall oven design, built for drying and not precise heat control in the  46C/115F range that we use.

The NAPCO  is an insulated stainless box, covered with a decorative sheet metal surround, heated by two 500W strip heaters bolted to the bottom.  That means that only the bottom is heated directly and the rest of the oven walls must heat from conduction and radiation, because in a vacuum there is no convection.  As you might expect, that leads to vastly different oven wall and ceiling temperatures.

Next I added a second Panasonic AC1000 to control the upper heating strip and inserted a 1/4" tubular Type K thermocouple into the center of the oven, using a compression fitting through a port in the back of the oven.

Alas and alack, 500Watts is way too much stip heat inertia for a 115F set point, sooooo rather than down size the strip heaters,  I connected them both to one PID, and added a switch to turn off the output to the top strip heater, regardless of PID input.

Next I connected the center tubular Type K thermocouple to the second PID as read only.

That gave us the control we needed in the 29C/85F to 52C/125F range, using both thermocouples for heat up and the lower one for processing material on the lower shelf.

Our experimentation with this oven got interrupted by the arrival of a Cascade TEK R&D oven, so never got refined, but with the replacement of both 500W heaters with 250W strip heaters, would ostensibly allow us to control both upper and lower elements with one PID, while still reading the temperature of the oven with the second PID as read only.

Here is the stripped inner box showing the modifications to the top stiffener to permit installation of the top heating strip in the center of the oven.  As you can see we accomplished that by cutting out the original brace and replacing it with a deeper one with a section cut out to accommodate the heating element.  Added a stud for the Type K ring thermocouple.

Modifications to move one of the heat strips to the top

Same thing on the bottom to center the heating element.  Added a stud for the Type K ring thermocouple.

Note the access hole we had to install to get the strip heater in place.

Insulated and skin back in place, we added two electrical control boxes on the outside.

And here it is ready for shakedown: 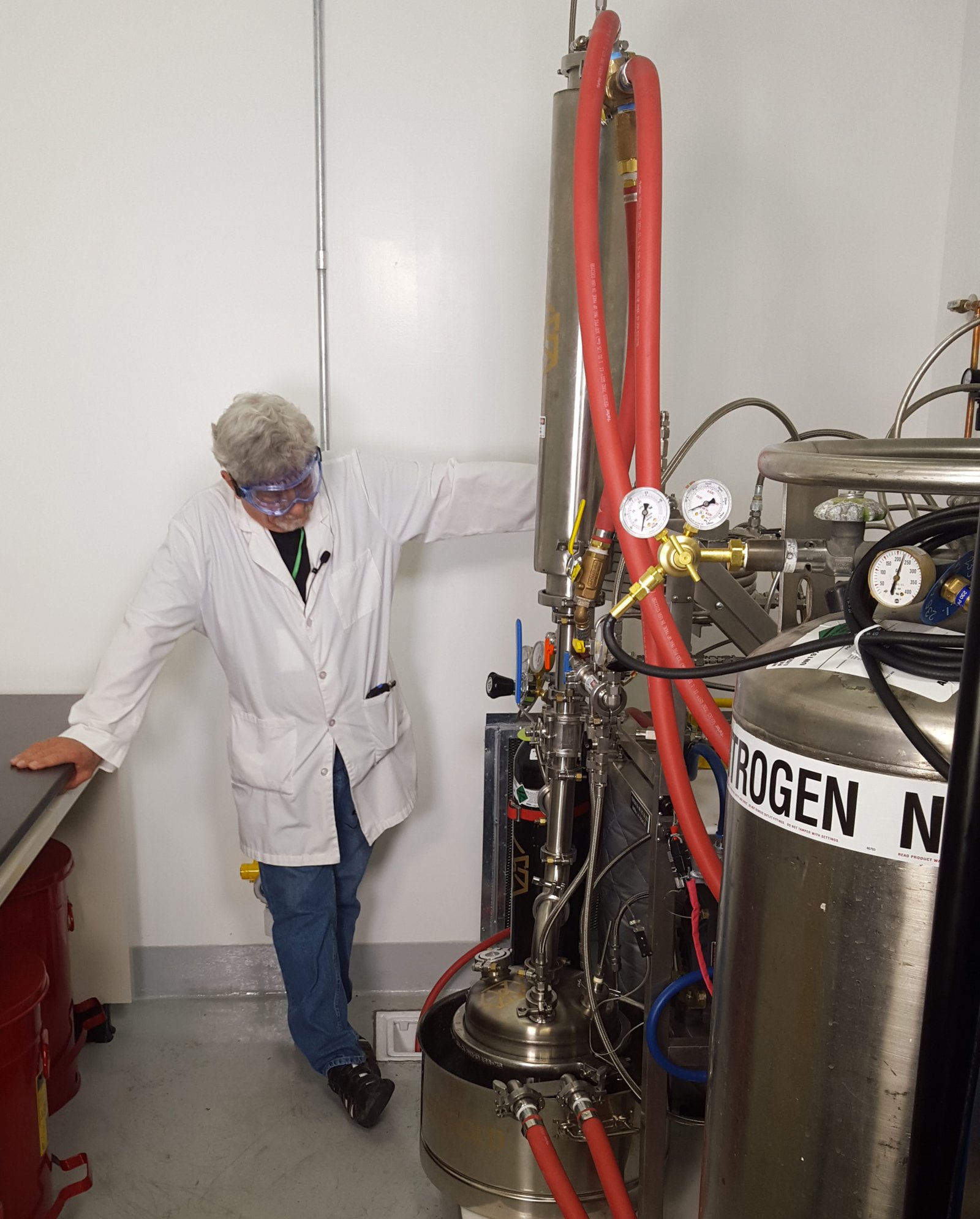 Control side as finished:

Side view with junction boxes and controls