I got my idea for the Grinning Reaper design, based on the short-lived Resin Reaper that briefly appeared in the market place, and Roger, a retired nuclear welder and skunk pharmer, whomped up the test sled, which turned out slick!

We place frozen material on the screen and set the vibratratory nylon plate on top, where it just floats and shakes.  The vibration is from a broken palm sander, that had a broken sandpaper clamping system, which we discarded.

Because the vibration is on the horizontal plane, it produces far more shear energy than a tumbler, while producing less fine plant material.

We built the Grinning Reaper entirely from scrap, aside from the 130 micron stainless screen that I purchased for $6.50 for the one sq/ft used from Howard Wire and the foot pads purchased locally from Ace Hardware.

Roger added the skirts to prevent the material from bouncing up through he cracks between the vibrating plate and the screen, and contaminating the harvest tray underneath, which was a problem with the Resin Reaper.

Here are some different shots to better illustrate the Grinning Reapers design and construction: 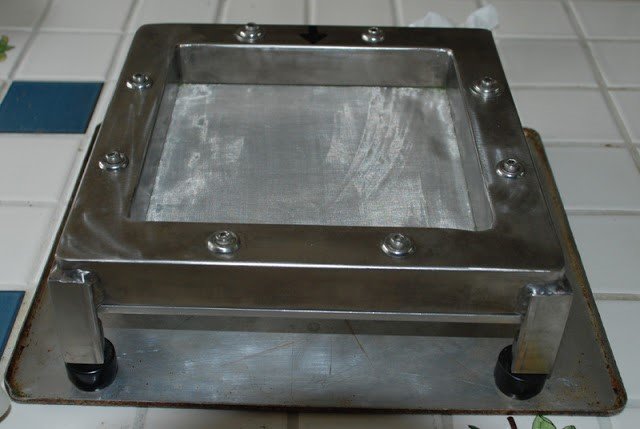 Above is the base, and below is the bottom side of the base.  Note the mesh tensioning screws on the right side.

Above two of the top plate with the palm sander attached.  Note the door weather stripping on the perimeter to minimize material jumping out of the sieve during operation. 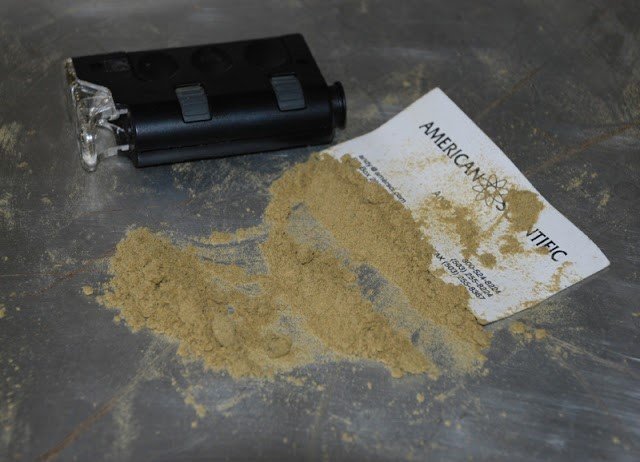 A three minute yield.  We found that at 30 hertz, three minutes produced about 50% yield and beyond was where green color began to creep in. 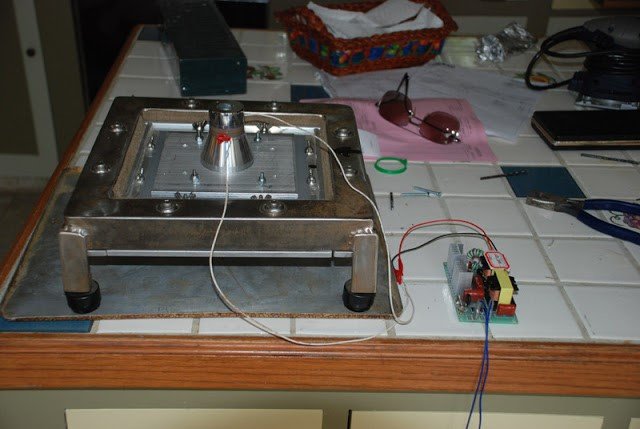 Of course we had to try a few more things.  Here is a 60W ultrasonic transducer attached to the top plate, but alas it proved to be grossly under powered.