Sometimes things go poorly and you end with moldy material and wonder what you can do with it.  The answer is it depends on what kind of mold and how badly it's infected.

Molds belong to families like mushrooms, and like mushrooms all molds aren't created equal.  One of the biggest differences is whether they live on live or dead material.  Both Powdery Mildew and Botrytris are molds that live on living tissue, and produce no known aflatoxins, while molds like Aspergillus and Penicillin are composting molds living on dead tissue and do produce aflatoxins.

For the purposes of this discussion, aflatoxins are evil spirits that induce acute hepatic necrosis, resulting later in cirrhosis or carcinoma of the liver.

Even they don't produce aflatoxins, some folks can still have a Type 1 allergic reaction to Botrytis spores and mycelium and both Powdery Mildew and Botrytis have a strong moldy odor and taste that is off putting.

We typically vacuum filter the alcohol solution using a #1 Whatman medium filter, followed by a 1 micron filter, and lastly a 0.2 micron syringe filter.

An OK process for small amounts, but for industrial quantities, filter presses, followed by cross flow microfiltration can filter to 0.2 microns and can be sized accordingly.

Not so easy with Aspergillus or Penicillin, which do produce aflatoxins and which can't be removed by filtration.  Folks can also have an allergic reaction to its spores

As opportunistic pathogens growing at body temperature, they are especially invasive to individuals with compromised immune systems.
Sooo, how do you tell the difference, beyond the clues of whether it started out moldy or molded during drying and curing?

There are a couple handy tools.  One is an NDT blacklight, and the other is a 1000X microscope.

The NDT black light was developed for fluorescent penetrant and magnetic particle inspection, but works well for our application, which is to cause any aflatoxins or Aspergillus mold material to fluoresce green, giving an indication of their presence and severity.

The second tool is to visually identify the mold using a 1000X microscope.  Here is a picture of our trusty Zeiss, but a good modern alternative is one of the less expensive modern generation of 1000X USB microscopic cameras, but look for one with good optics at that magnification.

And here is what the three different molds look like at extreme magnification, as well as mounted and stained in the last, to better demonstrate the Aspergillum form to look for. 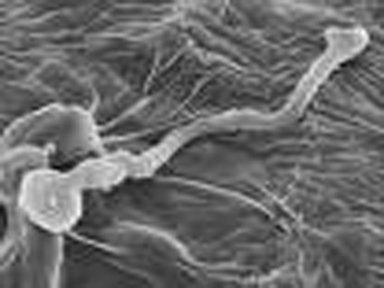 Aspergillus mold was named after the religious water sprinkler of the Holy Water called an aspergillum.  A look at the fruiting body suggests why. 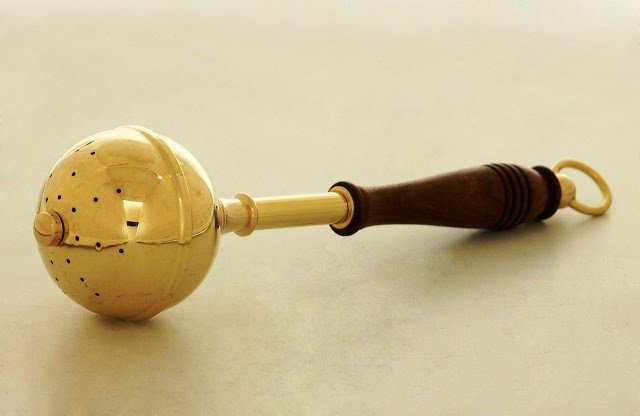 Although a bacteria vis a vis a mold, Clostridium have also been found in poorly cured cannabis.  The Clostridium family of pathogens cause food botulism, as well as food poisoning, gas gangrene, and tenanus.

Filtering to 0.2 microns will remove those bacteria, but not their toxins.