Old news, amidst the current Corvid-19 pandemic, but a rash of pneumonia like vaping related illnesses and deaths drew international attention in 2019 and resulted in some products being removed from the marketplace.

The culprit has yet to be positively identified but the event drew rapt attention from the FDA, including their criminal investigation division, and resulted in some products being removed from the marketplace.

While the specific culprit begs identity, it is generally agreed that it involves the diluents that vape cart manufacturers use to thin the concentrate so that it flows and to produce vapor clouds.  Among those to choose from are PG, PEG, VG, MCT oil, heavy alkanes, Squalane, Vitamin E acetate, and terpene blends.

Cases stopped being reported after Vitamin E acetate was taken off the market, which is perceived to be the most likely culprit, as it was present in the greatest number of carts involved in illnesses tested.  An example of that here locally was Connoisseur Concentrates, who subsequently switched to another mystery blend professed to be salubrious on their site.

It was likewise the death knell for Juul vapor pen manufacturer, who reportedly lost 75% of their business in the FDA crackdown, which included banning flavored carts, in the perception that children are their principal market target.

Sooo, what happened and how likely is that it will happen again?

The unsafe act in the case of vape pen diluents would on the surface be the selection of the chosen chemical without adequate research and testing.

Looking at how our lungs function, anything that we inhale that doesn’t go out with the exhale, either has to be absorbed or expelled to not build up.  Lipid pneumonia is the result of the accumulation of lipids/fats/oils in our lungs, and one of the symptoms created by the mystery ingredients.

The mono and sesqui terpenes are light aromatic hydrocarbons, easily absorbed by our lungs, but what testing was done and documented that shows the effects of inhaling diluents like antifreeze, sugar alcohols, coconut oil, or synthetic Vitamin E oil before marketing them to the public as salubrious?

Before using one to dilute concentrate, may I suggest that you ask the supplier for its MSDS sheet and any test results they might share. 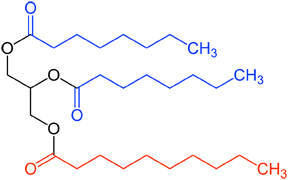 That brings us back to using natural terpenes as a diluent, which is also questionable, because most of the terpenes have been considered flavor and aroma chemicals, so extensive testing of their chronic use in concentration has not been done.

Not to forget that those some of those same odiferous and tasty terpenes are also used to strip paint and sanitize toilet bowls in concentration, soooo leave us not confuse the difference between traces in our food taken orally, and inhaling concentrates.

There was also clearly confusion as to exactly what a terpene is, as there were heavy alkanes labeled as 100% terpenes when I became involved in in 2019, as a mentor on IC Mag attempting to resolve an acrimonious thread.  https://www.icmag.com/ic/showthread.php?t=359328

The terpenes are all aromatic Alkene hydrocarbons based on the isoprene.

An isoprene is 5 carbon atoms arranged in a configuration similar to a hobby horse, with both single and double bonds.  Two isoprenes can be either acyclic and joined end to end, or to form rings, also called aromatic rings, or Benzene rings, because the ring configuration was first deduced in Benzene, which is an aromatic.

A C-10 mono (one) terpene is two of these isoprenes, typically arranged end to end, or so as to form aromatic rings

Sesqui means one and a half, and the sesqui terpene is a C-15 molecule, or three isoprenes.  C-20 Di (two) terpenes are four isoprenes, C-25 Sesterpenes have five, C-30 Triterpenes six, C-40 Tetraterpene eight, and so forth.

Somehow those became confused with simple Alkanes, which are single bonded rows of carbon atoms, with their other available bonds taken by hydrogen atoms.  The simple alkanes are Methane, Ethane, Propane, Butane, Pentane, Hexane, Heptane, etc. the first four following the acronym Mary Eats Peanut Butter, and the balance the Greek alphabet.

There are no aromatic rings or any double bonds, just a string of single bonded carbon atoms with the other bonds filled with hydrogen, to the formula of C X 2 + 2, two times as many hydrogens as carbon atoms, plus the two on the ends of the string.

Simple Alkanes are rampant in Mother Natures kitchen, as are Alkenes, but they aren’t remotely the same thing, and as the chain becomes longer their nature changes from a light gas to asphaltic consistency, depending on how long the molecule, with its attendant high melt and boiling point.

At some point they are no longer readily absorbed by our bodies, so if inhaled are stuck in our lungs until expectorated.

Even more nefarious, is that both the Alkanes and Alkenes can both be extracted from either live plants, or where ancient plants have deposited them in crude oil.  The HPLC/MS testing to tell the difference is expensive, with the principle difference being in attendant fractionals, some of which are insalubrious.

They are also easily converted from one to another through catalyst cracking and pyrolysis, so both are synthetically produced and sold, the alkenes produced from the more readily available constituents like a & b-Pinene from the lumber industry.

Some of the things salubrious molecules can be converted into from things like pyrolysis, are insalubrious compounds like Benzene, et al.  A good reason to be vaporizing instead of smoking, but still of concern under the right conditions, which can be present in a vape pen.

For instance, the elements in the cheaper vape pens are not temperature limited, so can exceed the approximately 377C/710F where hydrocarbon chains begin to break apart, especially when holding the button down to scavenge the last little bit.   That can turn relatively benign hydrocarbon chains into pernicious ones.

In addition, metal elements and solders can add heavy metal ions to the cart mixture.

If that isn’t enough, subsequent testing seeking to identify the culprit, revealed the presence of pesticides and mold aflatoxins in some carts supplied on the black market.

Following the vaping health crisis, I expect a wide pendulum swing with regard to vape pen and cart regulation, with some good new overdue regulations and some panic over reaction, including some secondary agendas.

The dance goes on. a recent analysis identified pine rosin, oleamide, and colophony as adulterants in e-pen carts.  Oleamide is a a psychoactive compound typically found in so-called synthetic marijuana products like Spice and K2, and colophony is typically used in surface coatings, lubricants, and adhesives, among other products.

Here is a NORML posting on the subject.

Portland, OR: A scientific analysis reveals that some adulterated cannabis e-liquid products may contain colophony (pine rosin), according to data published in the journal Forensic Science International.

The first adulterant was identified to be pure vitamin E acetate. Vitamin E acetate has previously been identified as a common adulterant in illicitly produced vapor cartridges. Last November, the US Center for Disease Control identified it as a "very strong culprit of concern" in the 2019 EVALI outbreak, which led to an estimated 3,000 hospitalizations.

The second sample tested positive for both oleamide – a psychoactive compound typically found in so-called synthetic marijuana products like Spice and K2 – and resin acids consistent with colophony. Colophony is typically used in surface coatings, lubricants, and adhesives, among other products.

Although commenters in online forums have previously speculated about the possible use of pine rosin as an additive agent in cannabis extract products, the study is the first to positively identify the presence of colophony in an oil adulterant.

Authors concluded: "The use of pine rosin as an adulterant in cannabis oil has not been previously reported in the scientific literature. ... It has significant inhalation toxicity. To date, there are no reports of testing for this substance in cannabis oil samples from patients with lung injury. Due to the significant toxicity and prevalence based on social media posts, regulators and laboratory personnel should be aware of its use in adulterated cannabis oil."

Synthetic cannabinoids, such as 5F-ADB, as well as psychoactive cough suppressant dextromethorphan, have previously been identified in unregulated, adulterated CBD oil extracts.